Hi Puppies, Magnum here again. Do not worry, I will not let Blue post too often. Listening to him makes me tired. This week we had a pretty quiet week at home, but Mama and Papa helped a couple puppies get to their new homes. Rex, who has gotten through heartworm treatment over the summer, made it out to the Hike N Howl just in time to meet his new family. 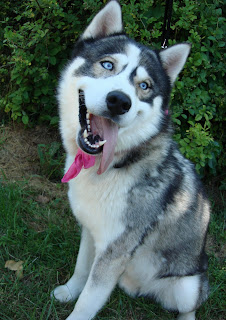 Rex liked his foster home and was a little frightened when Mama picked him up and took him away from the family he had gotten to know. Blue gave him some lessons in meditation, but Rex was not getting the hang of it. 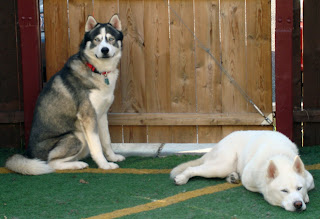 After a quick stop at the vet and a layover at our house, Rex went to his forever home. His new mom and dad were so excited to have the chance to give Rex the love and attention he deserves, but Rex was scared and confused about why he was there instead of with his foster family. His new mom put the blanket from his foster home in his new crate so it would smell familiar. Rex settled right into his crate, enjoyed his new window, and would not come out even for a family photo. 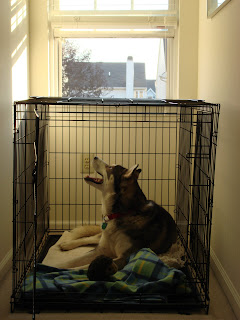 Not to worry, Puppies, Rex’s first night had a bit of a rough start, but his new parents took him for a walk around the neighborhood and then let him relax on his own terms. Soon enough he came out of the crate and joined them. A few days later Papa called to find out how everything was going, and Rex’s new dad said Rex began to open up to them after just a few hours. He loves car rides, so he gets plenty of them, and enjoys meeting his new neighbors while out for walks. We are so happy he will have the opportunity to grow into a more confident, out-going dog.