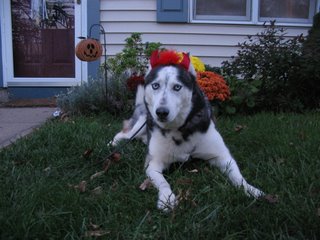 Do not be afraid. It is just me, Magnum. I am wearing the devil horns I got at the Lahaska rescue fair on Sunday. It was a pretty day to have a fair and a lot of different rescue groups came out to show off all the nice puppies who were almost as handsome as I am. Look how the sign brings out the blue in my eyes. 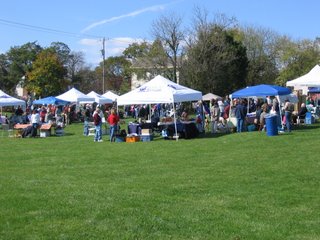 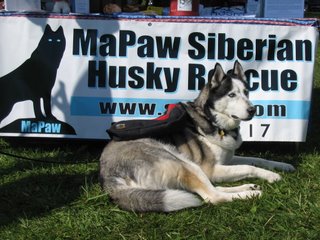 Mama and Papa helped me pick up my friend, Shadow, and get to the fair. Shadow is still looking for her home, so I tried not to steal attention from her. I gave her a pep talk during the car ride and Papa brushed her fur and tied on her bandana after we set up the table. 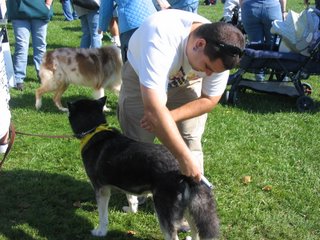 Shadow met a lot of new people and other puppies. She is pretty quiet, but she knows how to shake paws. When people ask me to shake, I check their hand for treats and then stare blankly at them. That makes my Mama laugh. 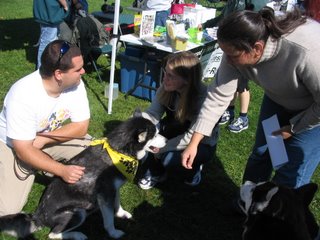 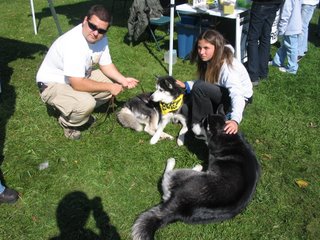 For a little while, I had to man the table in case anyone wanted to buy something while Shadow was greeting people. I was more interested in sniffing the grass and trees behind the table, but MaPaw rescued me and helped me find Mama and Papa, so now I have to help other puppies find their new homes. 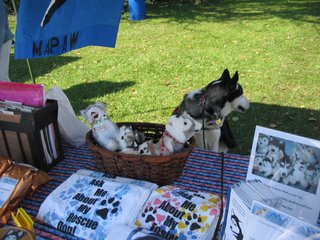 This little human wanted to introduce her Sibe to Shadow, but Shadow was more interested in giving kisses to the human. She was really putting on the charm. 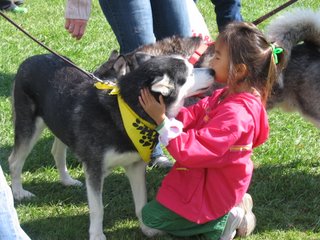 Shadow and I were cute all day. We answered questions, handed out brochures, and accepted donations from a lot of people. I met a red and white Sibe who was wearing a pack like mine. That made me laugh. 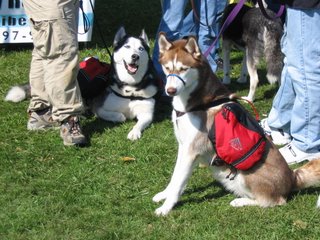 Shadow and I were a big hit, especially after we bought the devil horns and showed off our silly sides. Mama and Papa were not the only ones who wanted to take pictures of us. 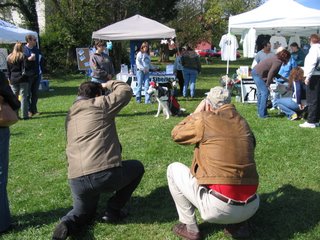 I think the people at Peddler’s Village provided a snack bar, but Mama said I was not allowed to eat any of it. Mama says No a lot. I was very hungry because I was working so hard on being cute and fuzzy. 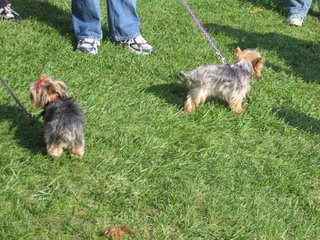 High five, Shadow! We did a hard day’s work for two working dogs. Shadow even got someone who asked a lot of questions and seemed very interested. Maybe she’ll get an application, but we’ll have to wait and see. 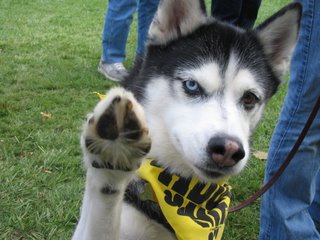 For now, I’m going home to sleep on the couch because I am very tired. Maybe I’ll see some of you at the next rescue fair. 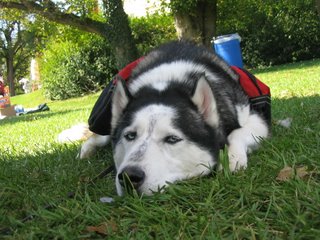