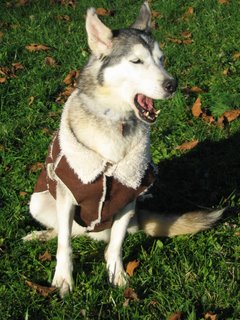 Hi puppies. It’s me, Angel, again. My humans had a lazy weekend, which meant we puppies spent most of the time napping. They did take us on a nice long walk each day and we had a good time sniffing things. The humans took me out to the for a photo shoot as well. Since I am a Siberian Husky, I was completely uncooperative. I wanted to sniff the grass and root around in the shrubbery and chase the birds and squirrels. All the same, they got some pretty good pictures. 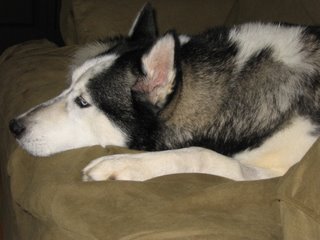 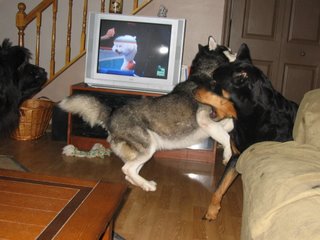 Lucky and the non-Sibes entertained themselves with some rowdy time in between naps. I’m getting along with Lucky better these days because he knows not to look at me anymore. I appreciate that he’s showing some respect and allow him to be petted by the humans occasionally. Naturally I still insist on hogging most of the attention. I realized after a couple days that the humans prefer if I potty outside every time, not just most of the time. I’ve decided that I now like to follow the man instead of the woman. He’s the primary source of food. When he leaves I get very upset and I have to run around whining and barking. Aside from those little disturbances, I’m getting used to life in the house. I like snuggling on the sofa and digging at my bed to fluff it. I’m still enjoying those growly rolls too. 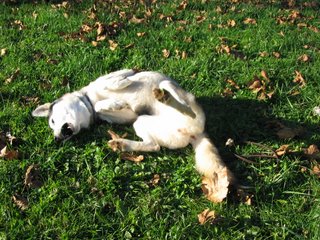