Home Our Dogs Greeting our Fans

Hi Puppies, we have been busy with meet & greets lately. We have to get out there to show people how adorable we are and let them all know about Hike & Howl in September. First we went to a Celtic festival with a bunch of other rescue groups. First pup is a MaPaw success story named Maia, although we all knew her as Cookie Monster, the first dog to pull my papa on skates. 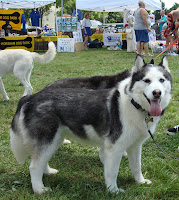 Next is Rex, who could stay only a short while because he is recovering from heartworm disease. It makes me sad to think none of my friends would have to go through the difficult recovery if only their people would give them a special medicinal treat once a month.

Although Maia and Rex stayed for just a while, little Rocky was there for the entire event and he was exhausted. It was hard work being so cute and letting lots of people fawn over him. 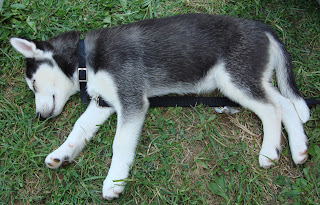 Our next event was at a Pet Valu that is close to Norristown Farm Park so we could advertise the Hike & Howl to people who live near the park. Precious and Blue were not concentrating on advertising, though, they were too busy wrestling. 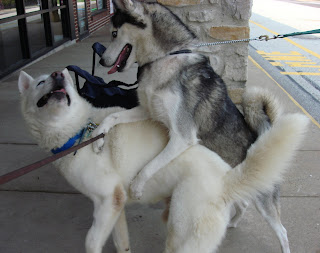 Misty claimed the fire lane as her personal space and allowed people the honor of petting her.

We also got a visit from Skunk, one of Jenna’s puppies who MaPaw raised during the winter. I would never guess she is half Siberian if I did not know her mama. 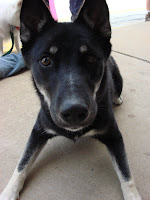 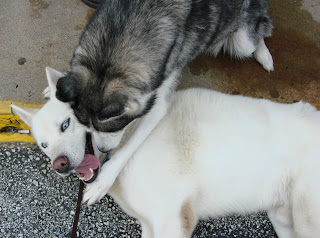 Blue and Precious just could not get enough of each other. We talked to a lot of people and Maximus met someone who was very interested in him. Maybe they will be the family who stays with him.

Blue and Precious just kept wrestling like there was no one else in the world. Silly young pups.