Home Our Dogs Healthy at Home

Good news, Puppies, Dawkin has recovered from his surgery and gone straight to his new home! Before Dawkin left for his surgery, he was hanging out in our back yard with Papa. Some neighbors walked over to say Hi and hear about the latest foster dog. As Papa told them about 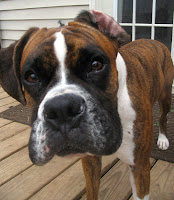 Dawkin’s eyes, our neighbors fell in love with Dawkin for his spirit and resilience. Dawkin now has an Australian Cattle Dog brother named Storm and a Boxer sister named Simone. The three of them hung out together in our yard before Dawkin’s surgery, but now he can see them. 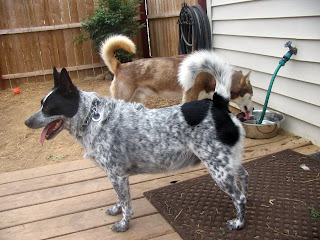 Dawkin’s new people took him out for a game of fetch now that he can follow the ball, but he is still a Siberian, so of course he does not fetch. Dawkin loves to play with his new siblings and roll on the floor with his new human toddler. 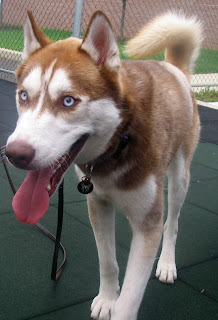 Dawkin still needs eye drops three times daily and has to go to several follow-up appointments to keep his eyes healthy, but we are confident his new family will take excellent care of him.